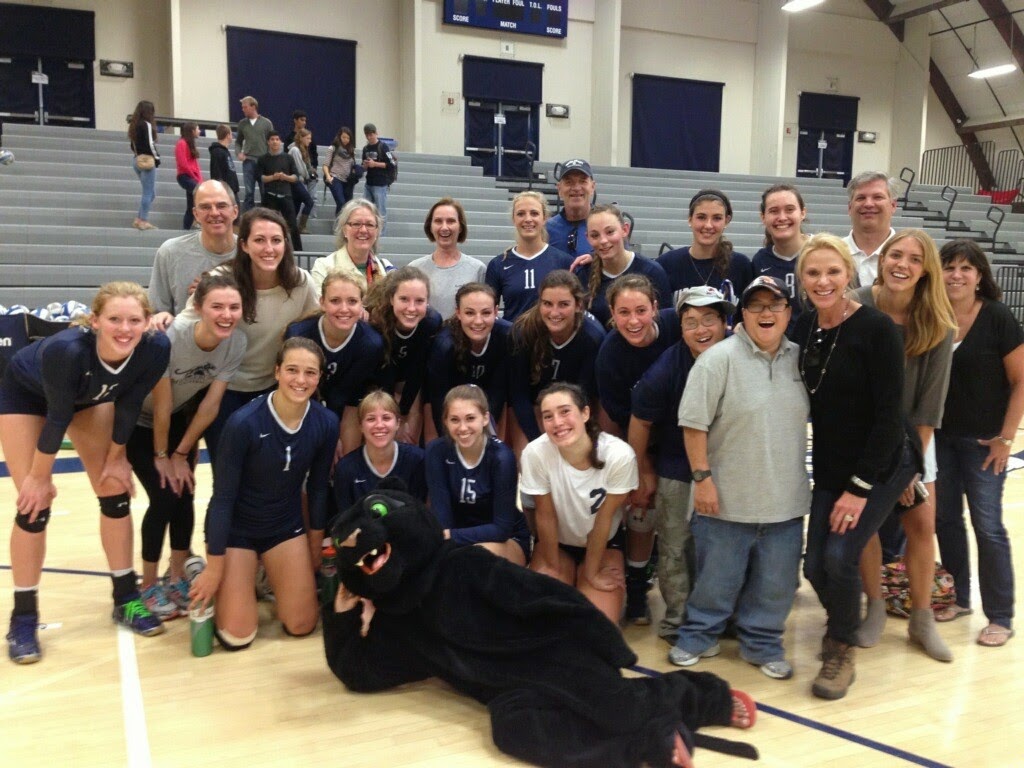 Bates came to town on Saturday afternoon, after having played at Hamilton on Friday night.  They lost a tough one to Hamilton in very close sets, but wouldn't be quite as close to us on Saturday afternoon.  We played possibly our best match of this young season so far, and were certainly our most consistent.  We hit right at .200 as a team for the match, and had a season-high 16 Block Assists!  We also did not have any major runs against us, which was good, and we did manage a few of our own runs, which is always nice.  Hannah had a career high 7 service aces, while Lizzy had 3 of her own, followed by Emily with 2 aces.

The Kolodka sisters paced our offense as the only two with double digit kills at 10 apiece.  Alice chipped in with 7, while Piper had 4.  Mel had 7 block assists and Olivia had 5 in our blocking spree of 16 BA!!  Jen and Katie were our serving specialists, and Gabi made the most of a quick trip through the front row scoring one kill, and no errors on one swing in the second set.

We started off the first set strongly, jumping out to a lead early on, but Bates fought back to within a pair, until we pulled away with a flourish, taking a 19-11 lead that wouldn't get any closer as we won 25-15 in the first set.

The second set was much of the same as we again got off to a good start, and again they fought back to a 10-6 score before we ran a string of 10 straight points to go up 20-6.  They wouldn't go down easily, though, as they fought back scoring points 2-1 against us before we finally won 25-16. 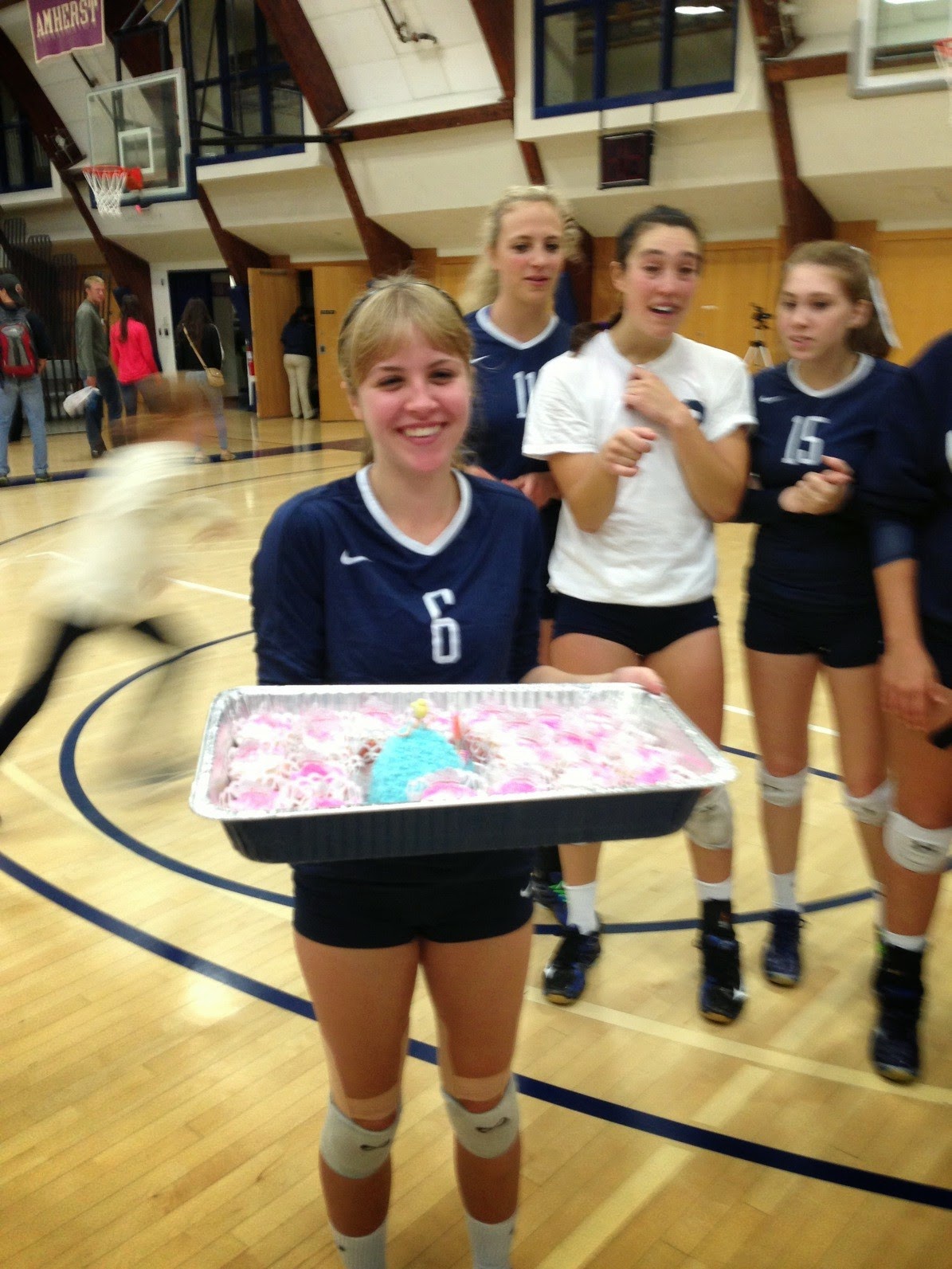 The third set was a continuation of the first two, as we held the lead the whole time, but couldn't quite pull away as decisively as we had in the first two sets, but easily came away with our first NESCAC win in straight sets to go 1-0 in Conference.  Our next Conference match is Friday night against Hamilton, here at home again!

We had many fans, and lots of family, which was great.  We even had the Panther in the house!!  A trio of the Mischords got us started off with an excellent rendition of the National Anthem, and then after the match we had wild cupcakes from Jen's parents for her 18th Birthday.  I think there may have been a barbie (or a polly pocket?) in that giant blue ball of icing, but I'll have to check on that with Jen at practice.  I'm sure there's a good story behind that...
Posted by sjr at 9:50 AM