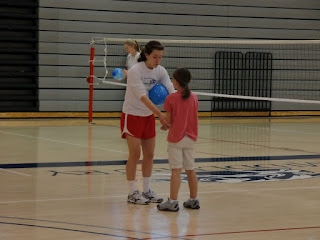 With NO High School Volleyball in the State of Vermont, it's a little tough getting kids excited and interested in a sport that a lot of them have never really seen. Not only that, but there's no place for them to go with their "new" skills, except to come back to our clinic next year!

That didn't stop these kids from signing up for our Free Clinic, and having a ball, literally, in Pepin Gymnasium with our Team. After they warmed up with games like elbow tag, and sharks and minnows, they were introduced to the basic skills of passing, setting and even hitting (sort of...). The team had a great time, and so did the kids. 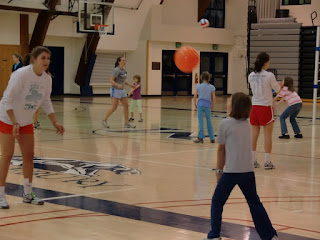 We had a trial run last year with a group of Home-schooled children. It went well, so we tried to generate more interest this year by putting flyers at the local elementary schools. It was open to boys and girls in grades 1-6, and we had about 4 kids from last year come out again this year, so we're hoping it'll grow little by little each year. There were lots of laughs, and smiles, and a lot of excitement from our newest fans, I think. 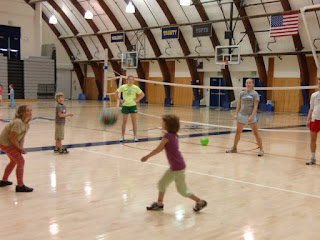 Just as we do, we started out with a lot of passing. You can never do too much passing!! 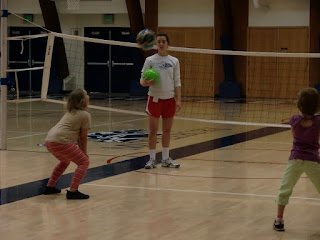 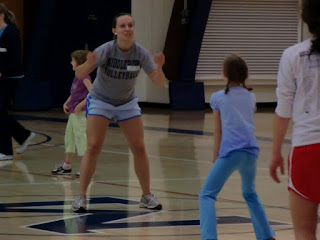 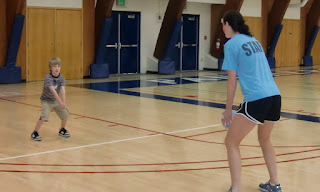 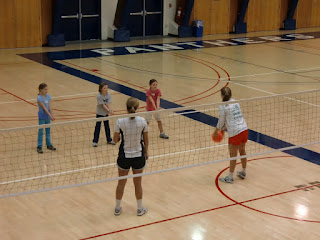 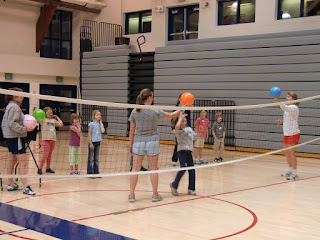 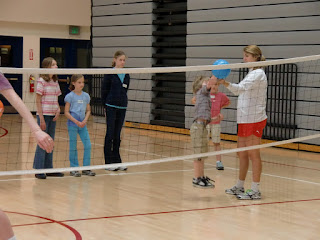 Then came the time to HIT! Even at this stage, everyone wants to hit. Not as easy as it looks...even with a low net and a ball that's just sitting there.

Then we had them try to set. Lauren was our resident expert, and got them shaping their hands appropriately into the bowl. I don't think we got to the point where they actually realized what a real "set" is other than another way to pass, but it's a good start! 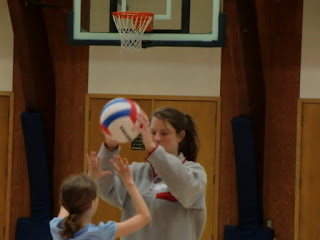 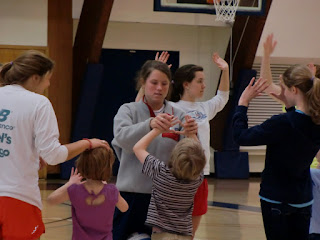 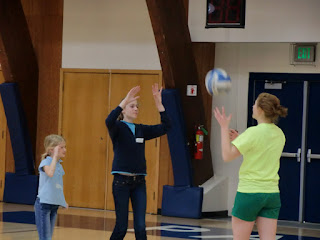 The group got together at the end to try to put a "game" together. Rotating was a foreign thought, but it was kind of fun to get them out there with the team to try to put a rally together. 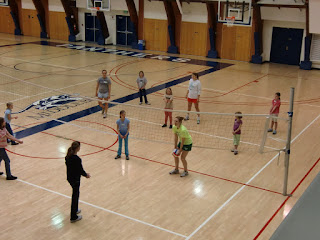