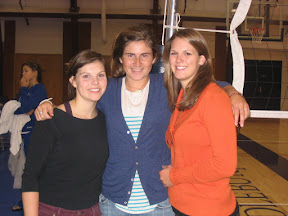 Well, I finally am getting around to putting together the alums updates from our Homecoming gathering! We didn't quite get enough alums back for a real Alumnae Game that weekend this fall, but it sure was great to see those that did come back, and to hear from those that couldn't make it. Karen Engler Bartlett ('95.5) was here and met with the current team to exchange stories about MIDD VB. Karen has two kids and is very active in the local community. Also included in that group to come back were recent grads Olivia Minkhorst, and Josie Keller (both '09). Josie has moved to DC and is working with a group called SmartBrief, and despite what Reisa thought, NO, Josie is not selling underwear. She's doing market research analysis for their health care ad sales. She's still hoping to do something involving China or Chinese, so we'll keep posted on that front. We also had appearances by Lexie Fisher ('08.5), and Kate Heath ('09) who were both here in time for our matches on Saturday. Kate was claiming sore knees before the alumnae "game" due to the fact that she'd just finished the Chicago Marathon the week before! I guess that's a legitimate excuse for sore knees! Lexie is doing Teach for American in the NYC area. Amy Heath ('07), who has been working in DC for a couple of years, and Josie were trying to convince Kate to move to DC, and I think she now has, but may still be searching for what's next.

Here is the news that I have from alums who couldn't make it back, but wrote in to let us know what they're up to:

Julie Moriarty McDonough ('95) moved back to the Boston area and is now pregnant with child #3. She's hoping to catch some MIDD VB when we play down that way, and remembers, "it seems like yesterday that MIDD volleyball finally became a varsity sport. In fact, [she] still has her "In the Beginning" sweatshirt from our very first season in 1994."


Erin McManus O'Donovan ('99) is living in San Francisco working in private equity. She has two little boys and says, "We are busy, but life is really great!!"
Carolyn Stewart Birbiglia ('97) now lives in Providence, RI, and has two sons.


Luz Brito Pena ('04) is married, and living in NYC, and has been teaching at her HS Alma mater for 6 years now! Her husband (now in his first full year in the US--from her home country of DR) is taking intensive English lessons and hopes to become a Math teacher. Luz said, "I must say I got teary-eyed after looking at all the pictures and reading the team's updates. I miss being on the team."

Amy Lowell ('01), Rachael Faraone ('02), and Leslie Edwards ('01) were all "supposedly" coming back for the reunion, but it didn't quite work out. Rachael is in her second year of Law School, and had something going on with that, Leslie was in the process of moving to NYC, and Amy is happy in the Boston area, but ended up having to work that weekend. Rachael is also helping try to recruit good volleyball talent from her HS to come to MIDD. Thanks Rachael!
Danielle Boniello Genett ('04) has gone back to school full time after years in the corporate world to get her MBA. She's still an avid volleyball fan and hopes to catch us when we're down closer to her in NY. 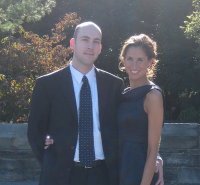 Jamie Wong ('06) was sorry she couldn't make it out there, but says that she stays in touch with other MIDD VB alums in the San Fran area. Those include Katy Hicks ('05), Blair Sly ('01), Amy McCowan ('08) and Evan Kanaly Herberts ('03). Katy Hicks and Jamie are now roommates, and have started a co-ed grass volleyball team! Amy is going to Law School now after returning from China a year ago, and is happy to be back and surrounded by MIDD VB alums, "teammates for life," as she put it! Blair, who was our student coach extraordinaire (you too, Tanner!) is now the CEO of his own company called ION Translations, LLC. He is coaching both JV girls, and Varsity boys volleyball. The JV girls team is quite a different experience than the varsity boys team, to say the least. You're a good man, Blair!
Katie Kenney Enslin ('03) got married this past summer, and is very happy living in Edina, MN. I couldn't make it to the wedding, but I got to see pictures of the beautiful bride from her parents, who came to see us play at Tufts for the NESCAC Tournament. So fun to see her parents, and to see the pictures.

Katherine Veach Moyer ('98) is living back in Kansas, in her hometown, actually, and just to stick to the small-town living story, she married her high school sweetheart. She never really thought she'd be back in Ulyses, KS, but is very happy and has a good job which allows her to travel and get out, which is, as she put it, "a good cure for a small town!"

Georgia Jolink ('06) has done her time in Americorps, and has now decided to go to Law School, where she's finishing her first year at University of Texas.

Lacee Patterson ('06.5) just got married last weekend in her hometown of Aspen, CO to her MIDD boyfriend--the one she didn't chase away. I heard from her sister, Lindsay Patterson ('08.5) that Lacee actually skied down the mountain after the reception in her wedding gown. Truly classic!! Congratulations Lacee and Peter. Lindsay is working in Aspen with the Buddy Program on special projects, and is contemplating several things, but PA school, and moving to San Fran are a couple of things on her mind.

Heather Langlois ('00) is living in MA and is teaching art to elementary school kids. She's a talented artist who is sharing her passion and talent with our youth--good for you, Hav! She was recently back in MIDD for a basketball alumnae weekend and was sporting her skills on the court again!
Dawn Trowbridge Marsh ('00) is living in CO with her MIDD husband Jon, and their two adorable kids. I was fortunate to catch up with Dawn a few years ago at the CO Crossroads Club Volleyball Qualifier. She helped me evaluate talent there between our conversations catching up on each others lives, and brought young Tanner along too, who was a trooper while we watched and chatted!

OK, that's what I have from people. I'd love to hear from anyone else out there!! Drop me a note or an email and I'll add new information for alums when I get it.
Oh, and I came across the picture below when I cleaned out my desk recently! I believe that it was taken in 1998 during Homecoming that year?! From left to right it's: Kathy Veach Moyer ('98), Angie Goldman ('97), Carolyn Stewart Birbiglia ('97), Tracy Nolan ('97), and Jordan Lungstrum Blackburn ('98). FUN times! Keep 'em coming! 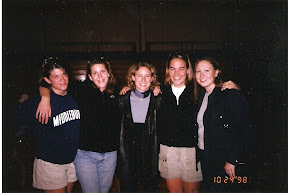 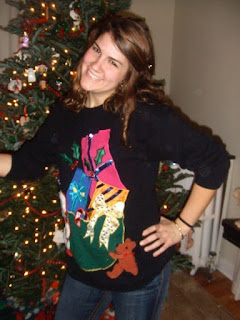 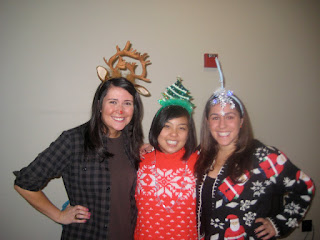 OK, we're trying to keep some information out there about what we're up to, so Jane and I came up with an idea (inspired by Lauren) to have a Holiday Outfit Showcase to be displayed over J-Term. We're all competitive, but it's not really a "competition," but more like a "showcase" of our holiday spirit. We only have a few so far, and we are really looking forward to seeing everyone's outfits, so the rest of you better get your pictures in SOON!! :) 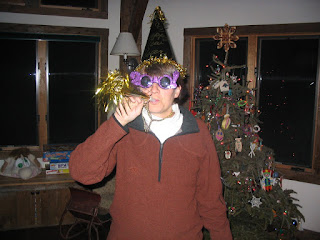