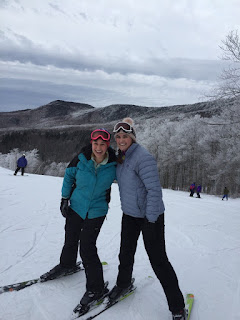 J-Term is a wonderful time on campus.  It's a term comprised of the month of January (in most calendar years, although this year it went into the first week of February!) where students take only one class.  It's often something different, allowing them to branch out of their regular area of study and take something they're interested in, but haven't found time for during the regular semester.  The choices are often very different as well, helping to encourage students to do this.  Inevitably, there also ends up being some extra time to do fun, winter things, and here are some of the fun things that the team has been up to for the last month. 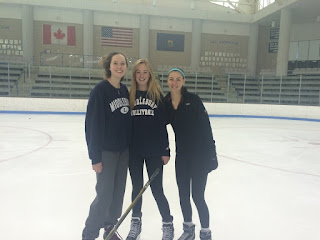 Eliana, Isabel and Becca were skating during free-skate a couple times a week, and I joined them one day and got to watch Isabel help instruct us on slapshots and the crossover...my personal main goal was to NOT fall!

Several people went skiing.  Gabi was making the most of her winter time here this term before going abroad later in Feb.  She went downhill skiing at the College Snow Bowl, and cross-country skiing at Rikert, our College Nordic Ski Center.  SO FUN!!  Kathryn was there for both of those excursions, as well as hitting the slopes with Meg--see pictures below!  Way to make the most of your remaining time at MIDD, Kathryn, and of course, taking pictures so I can feature you on the Blog!!

Meg is also taking advantage of her time left at MIDD by getting out and enjoying some winter fun.  Even with the relatively, or maybe downright bad snow winter we've had so far, they're still finding a way to find some snowy, wintery fun. 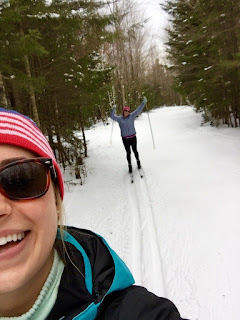 I think Rose and Sarah may have been sledding, but I didn't get photos from that, and Alice and Emily have been regulars at most of the basketball games--fun season for sure!  I'm sure I'm missing many other fun times.  Jen has been outside Philly doing an internship for the term, but will return next week, so it'll be nice to have her back.  And, Hannah, Charlotte and Melanie are knee deep in their abroad experiences, so hopefully we'll get updates from them soon.

Winter is great, and it's all about getting out and making the most of it, and layering up when it's cold.  Of course, as those of us who've been here for a while know, it's definitely not over yet--we always seem to get snow over break, so when students return next week, they may just be greeted with a "white campus?!"

On the brink of Spring sports starting up Feb. 15th, I just want to say, "Happy Winter" before it's over!!  Plus, despite the mild winter so far, March can be a pretty snowy month here... 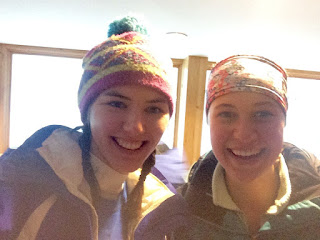 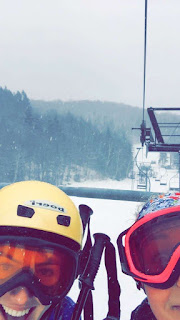 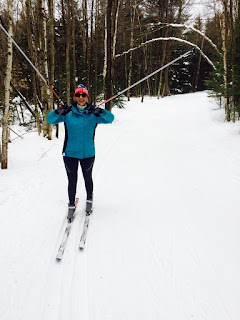 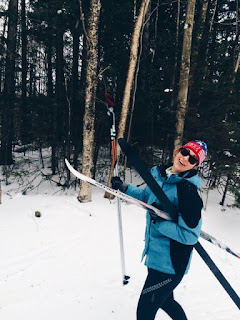