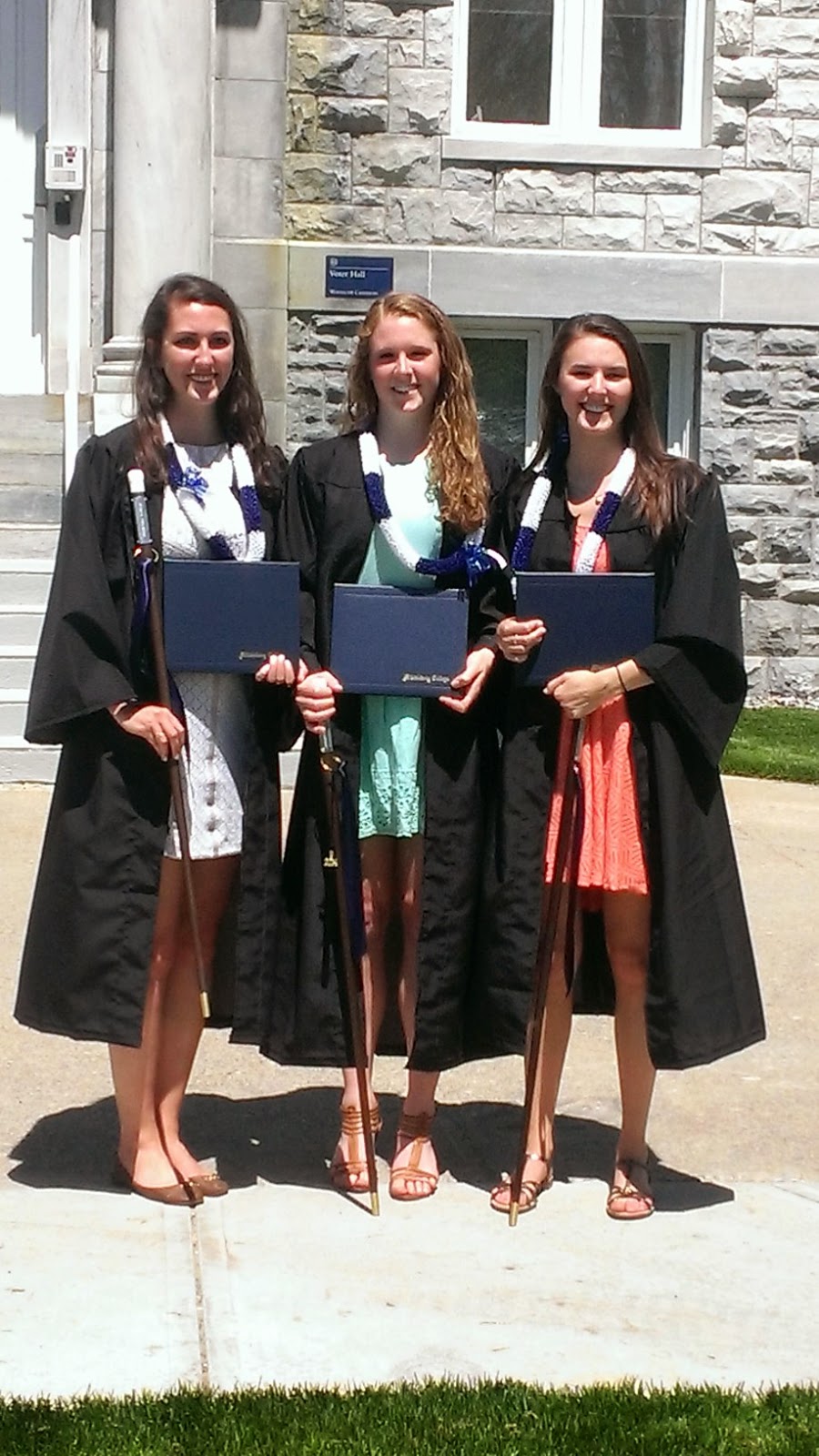 Ahh, senior week! A box was sent to MJ, care of me at the Field House during senior week.  The return address was Hawaii, and it was from our favorite non-MIDD dad from Amherst. He sent three Blue and White leis to wear on graduation.  How SWEET is that?!  There was also some coffee and chocolates, which were awesome in their own right, so the whole thing was very special. 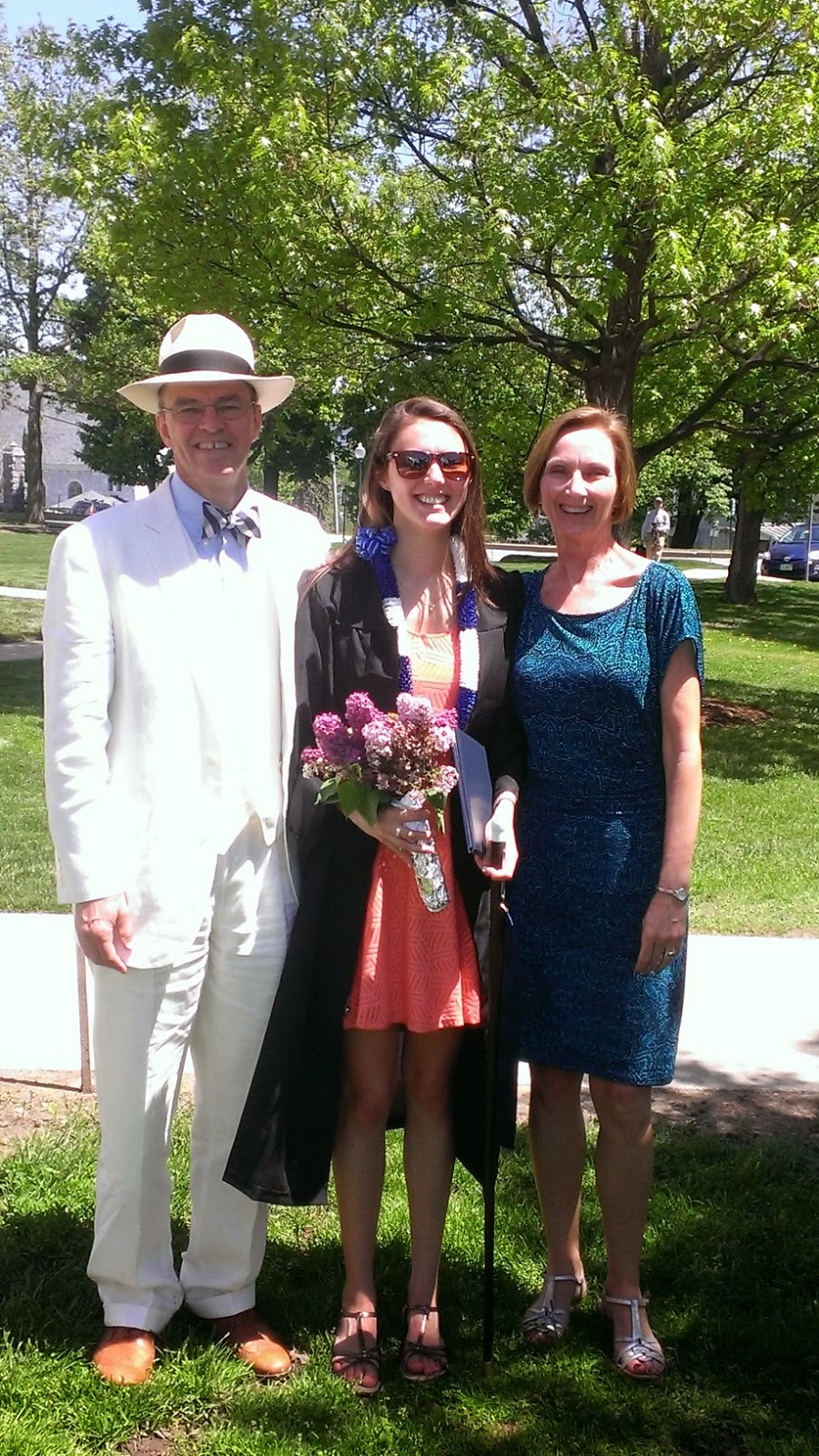 There had been a lot of rain during senior week, but they were setting up graduation outside with the hopes that the rain couldn't last that long...could it?!  It rained the night before, and was very foggy early on the morning of graduation, but alas, the fog broke, the sun came out, and it was about as gorgeous as Vermont can get in the Spring.  It wasn't too hot, but the sun definitely had warmth to it, and there was a gentle little breeze that kept things pretty comfortable. 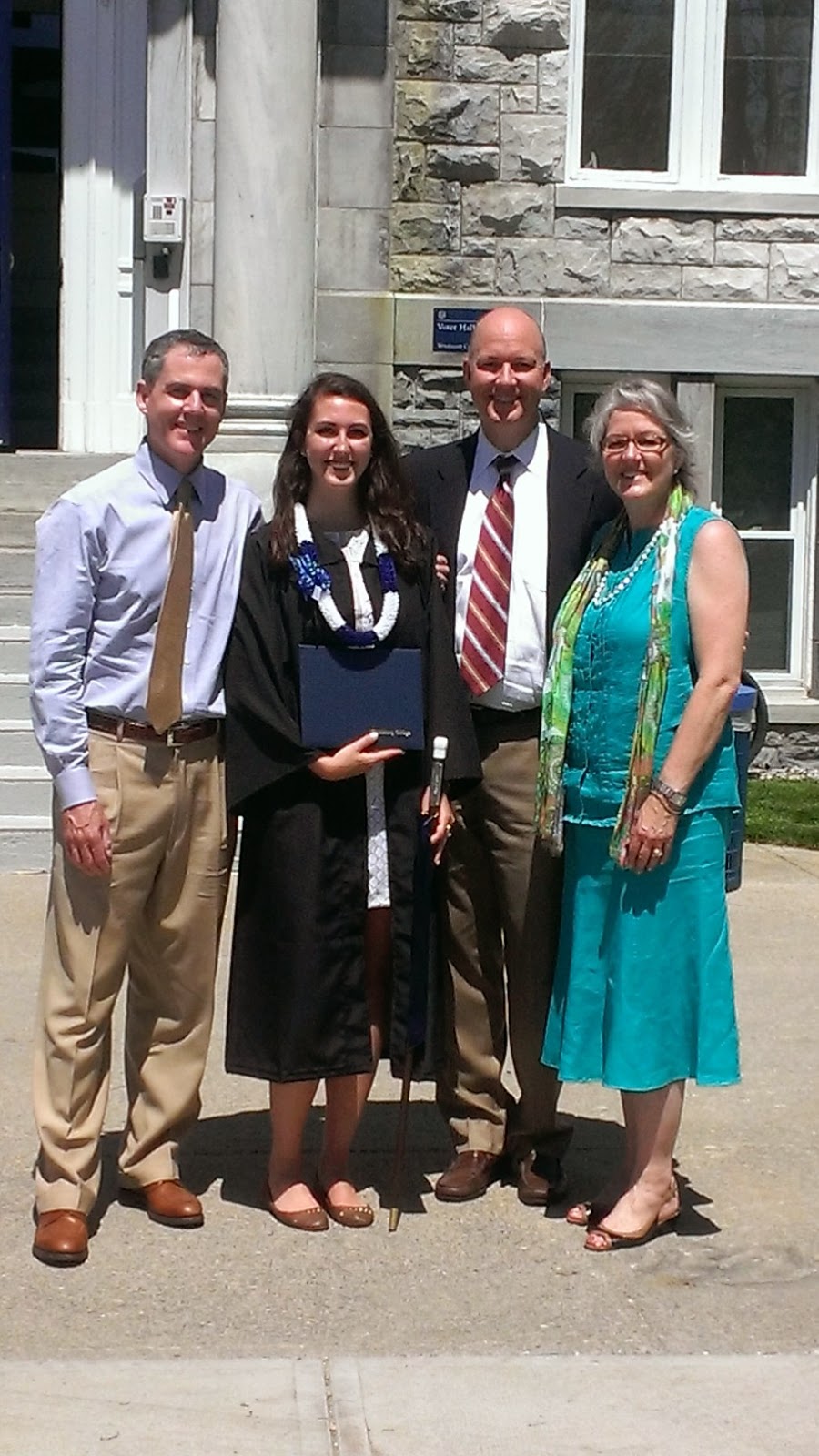 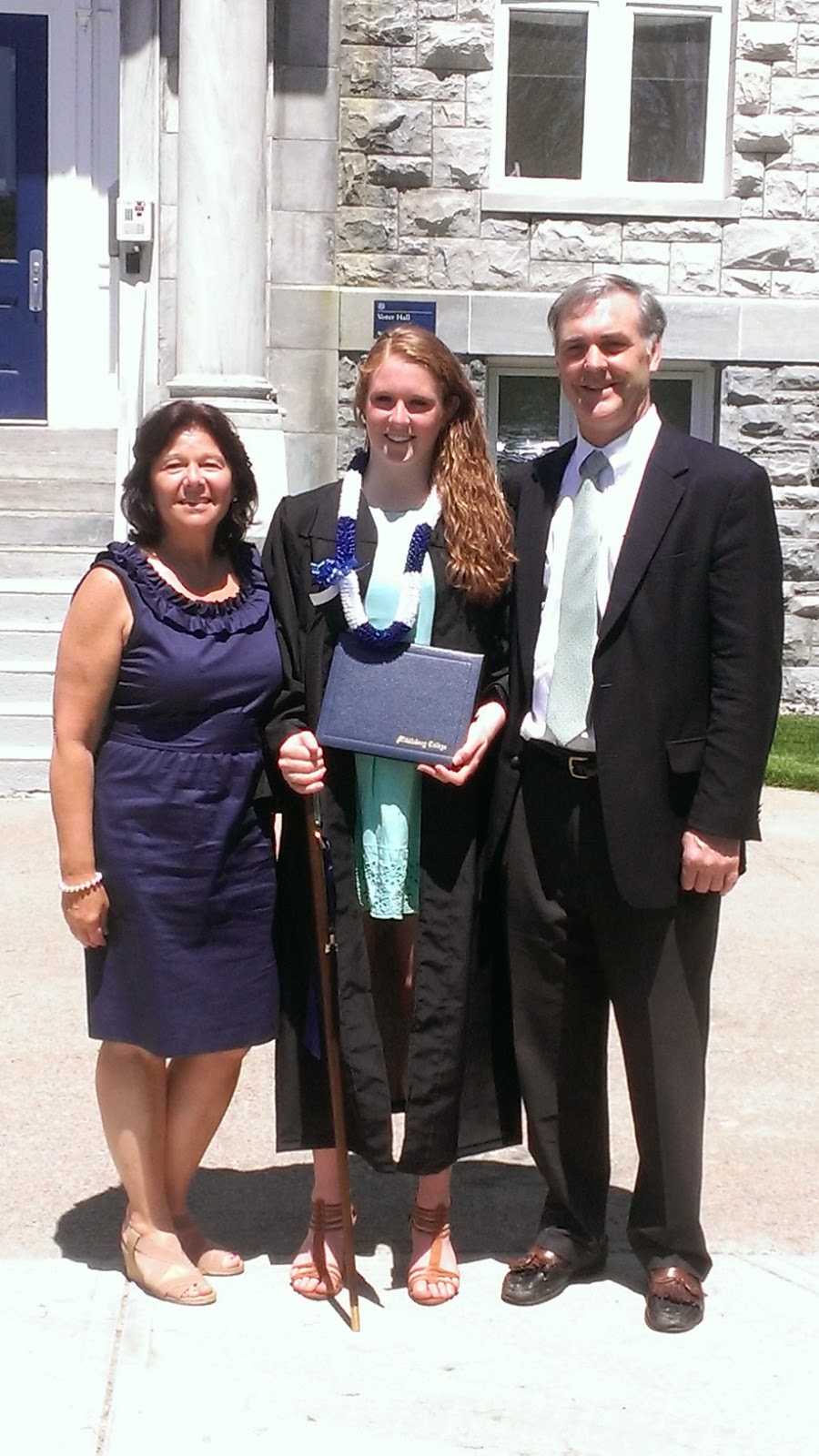 Hard to believe that four more years have passed already.  Courtney had already graduated from University of Colorado, Boulder earlier in the month and now these three were preparing to leave MIDD.  We're still holding out hope that Meg will return to work in the Admissions Office, so we'll have to keep you updated on that...


We also celebrated our Department Awards during senior week, and Meg and MJ were there to celebrate along with Steve Oster, our Faculty Affiliate.  It was a very nice event, as usual. 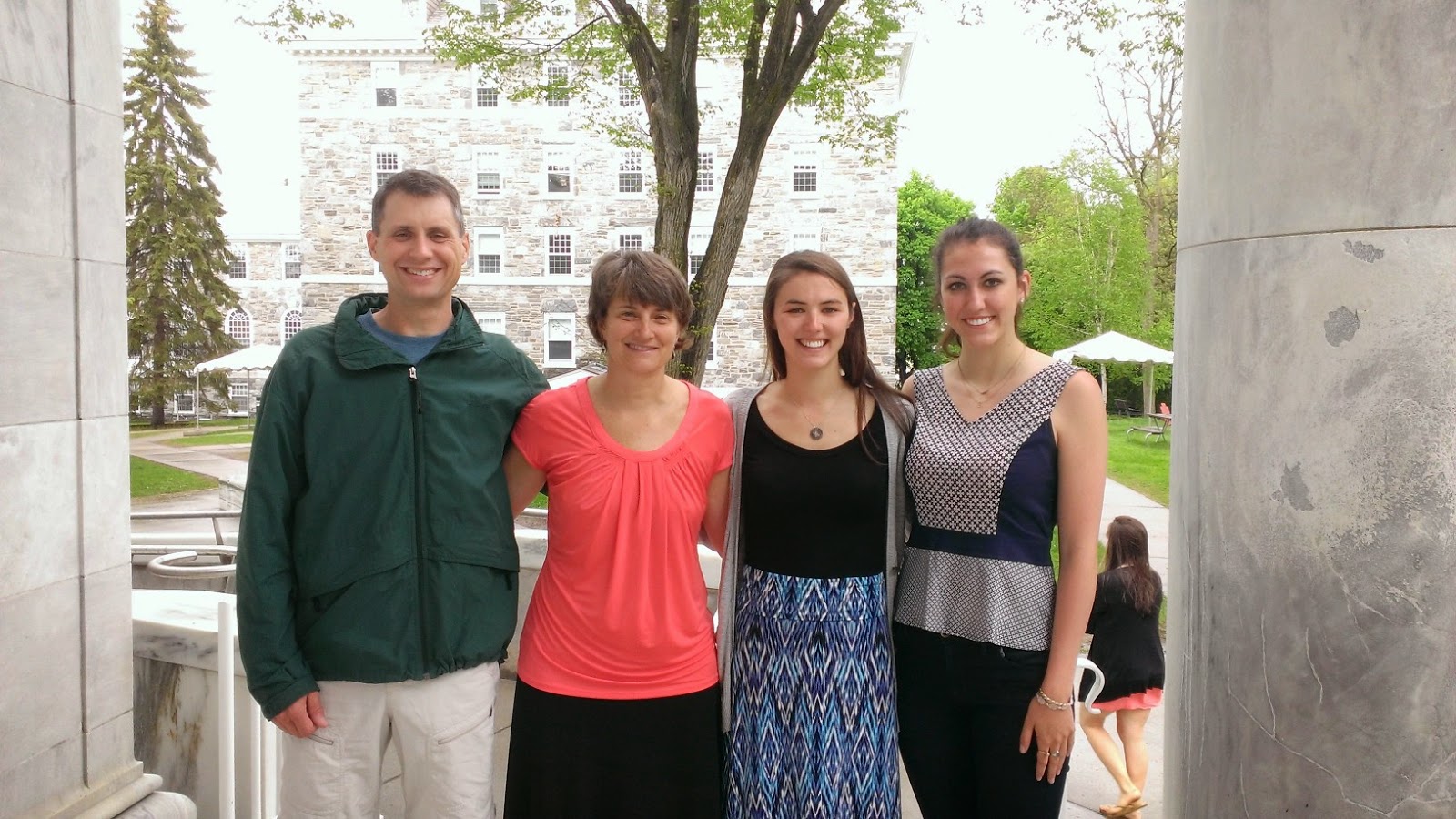 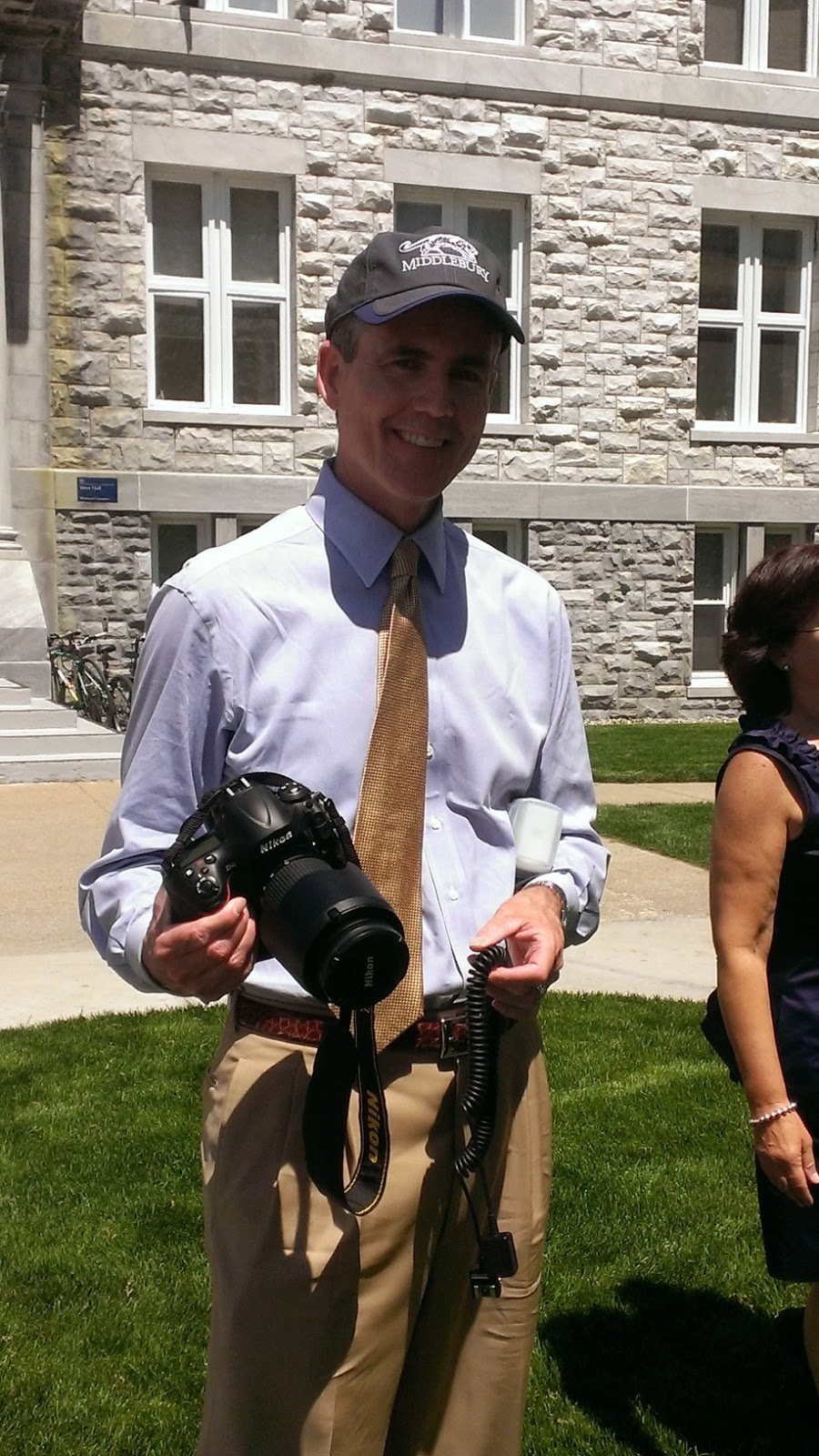 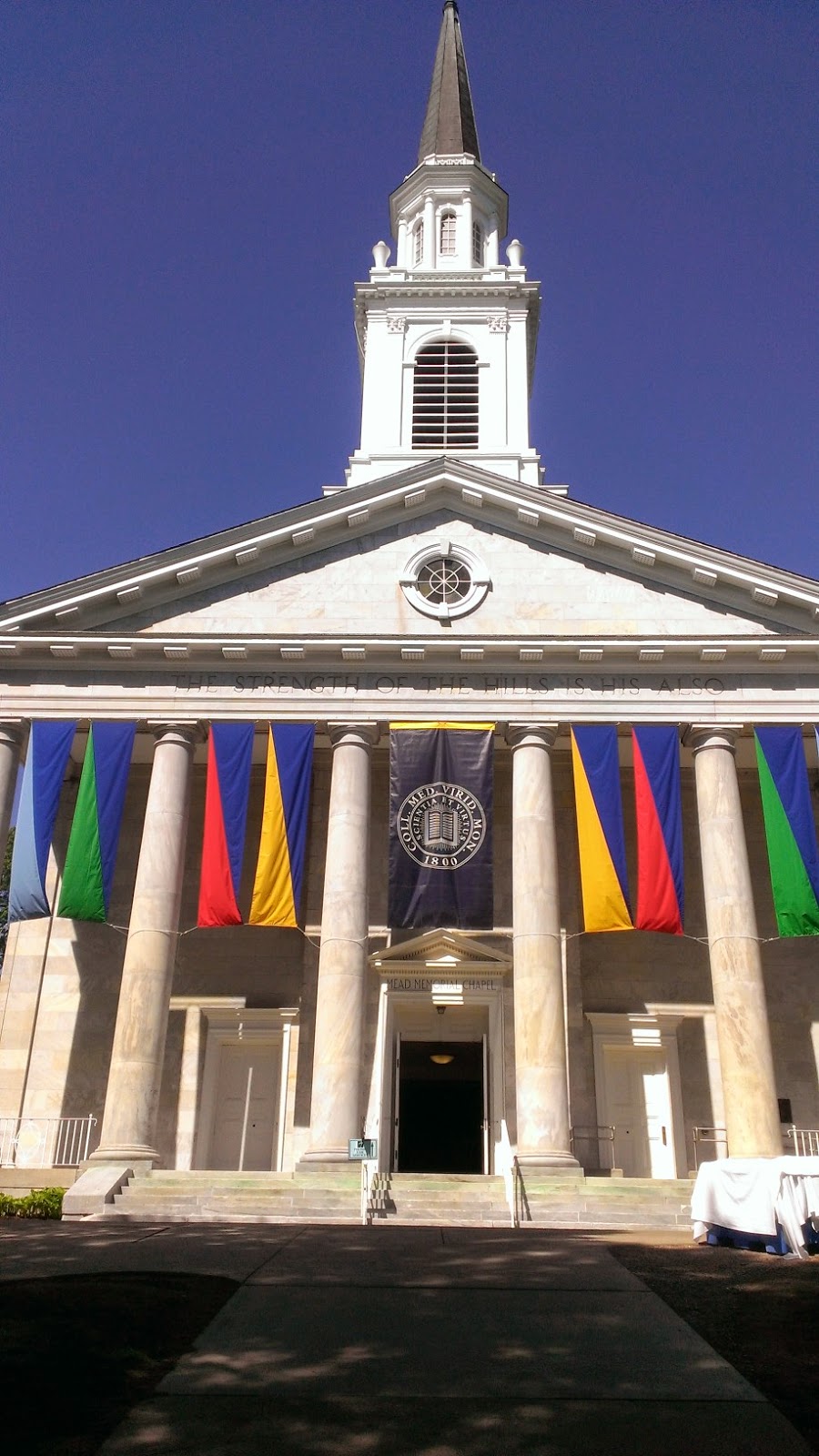 Now, it's on to summer plans.  I'll be working at the City Beach Academic Camp in early June, which will be fun, and then we'll be taking our family vacation in Michigan, as we usually do in July.  Lizzy, Kathryn and Katie will all be here in town over the summer, and everyone else has plans in their various parts of the country, or world, as Piper is hiking somewhere exotic!  It'll be fun to catch up with everyone, and we'll have to start introducing new players as our freshmen transition from seniors in HS to freshmen at MIDD!  I love new rookies!!

Alums, especially you new alums, but also ALL alums, please keep me posted on your lives.  It's so much fun to hear from you all anytime.  It always brightens my day and brings a smile to my face to hear from you.  Tanner has recently been in touch because a friend from his work has a daughter who's starting the process...now, Tanner and Jordan's kids aren't old enough to be looking at college yet...but it'll happen sooner than we think!!  :)