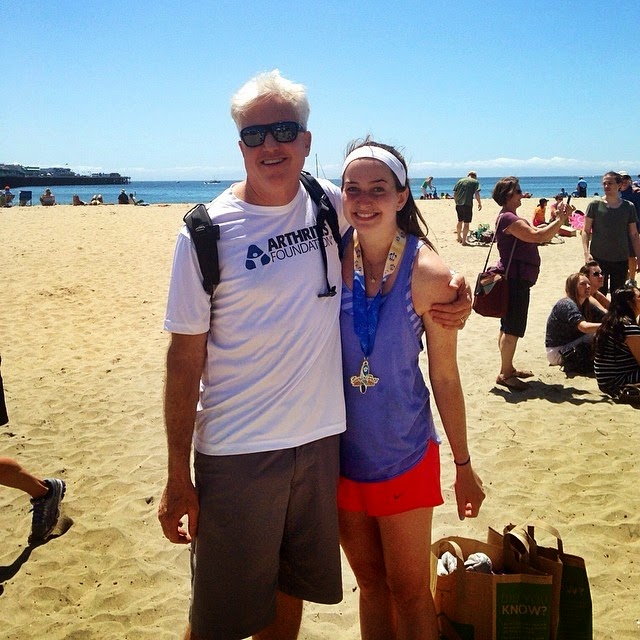 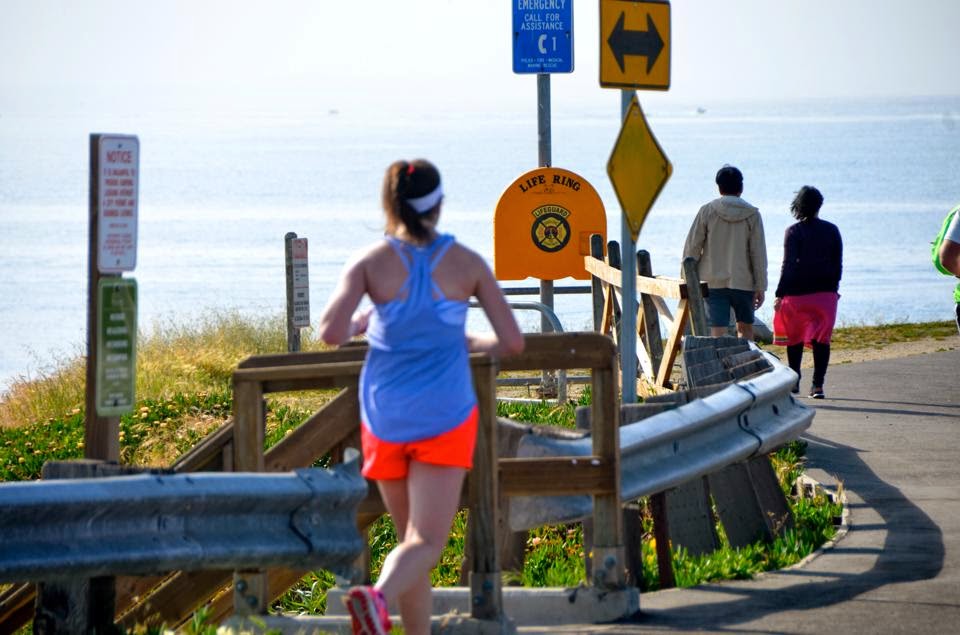 Ok, I can't believe that I never got pictures up from Lauren's Marathon last Spring, so here they are.  She did an amazing job running the Surfer's Path Marathon in Santa Cruz to raise awareness and money for The Arthritis Foundation.  She raised over $10,000, which was amazing!!  We will miss Lauren so much this year, but hope to keep up with her traveling and other fun endeavors as she studies and travels abroad this Fall/year.  So far we know she'll be in Madrid in the Fall, and then Thailand in January, and will look forward to getting her updates. 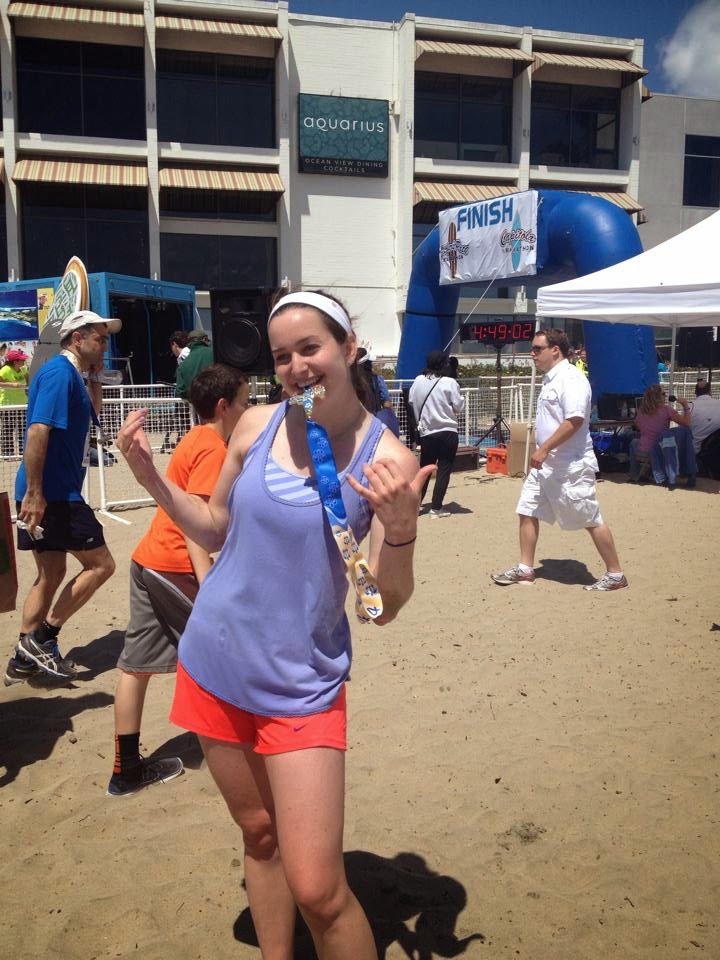 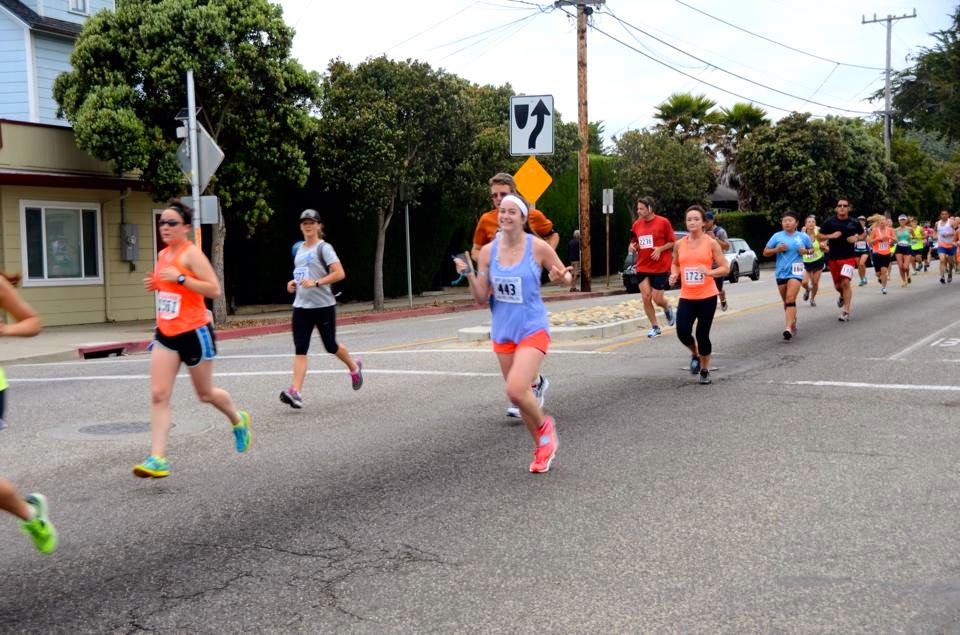 In NEW news, Katherine sent me this picture of her and her father outside of the original CATZ facility in Pasadena just last week.  We have several coaches trained in CATZ, plus we teach classes all year long for PE, plus Lizzy loves doing the workouts, and has been a regular much more than I have been--I tend to come and go from the workouts, unfortunately.  However, Katherine's dad knew Jim, the founder, when they were first getting started (back in the day) in Pasadena.  It's now a nation wide program, reaching all ages of athletes from elementary school kids through professional athletes, and has an East Coast franchise in Boston.  Very cool! 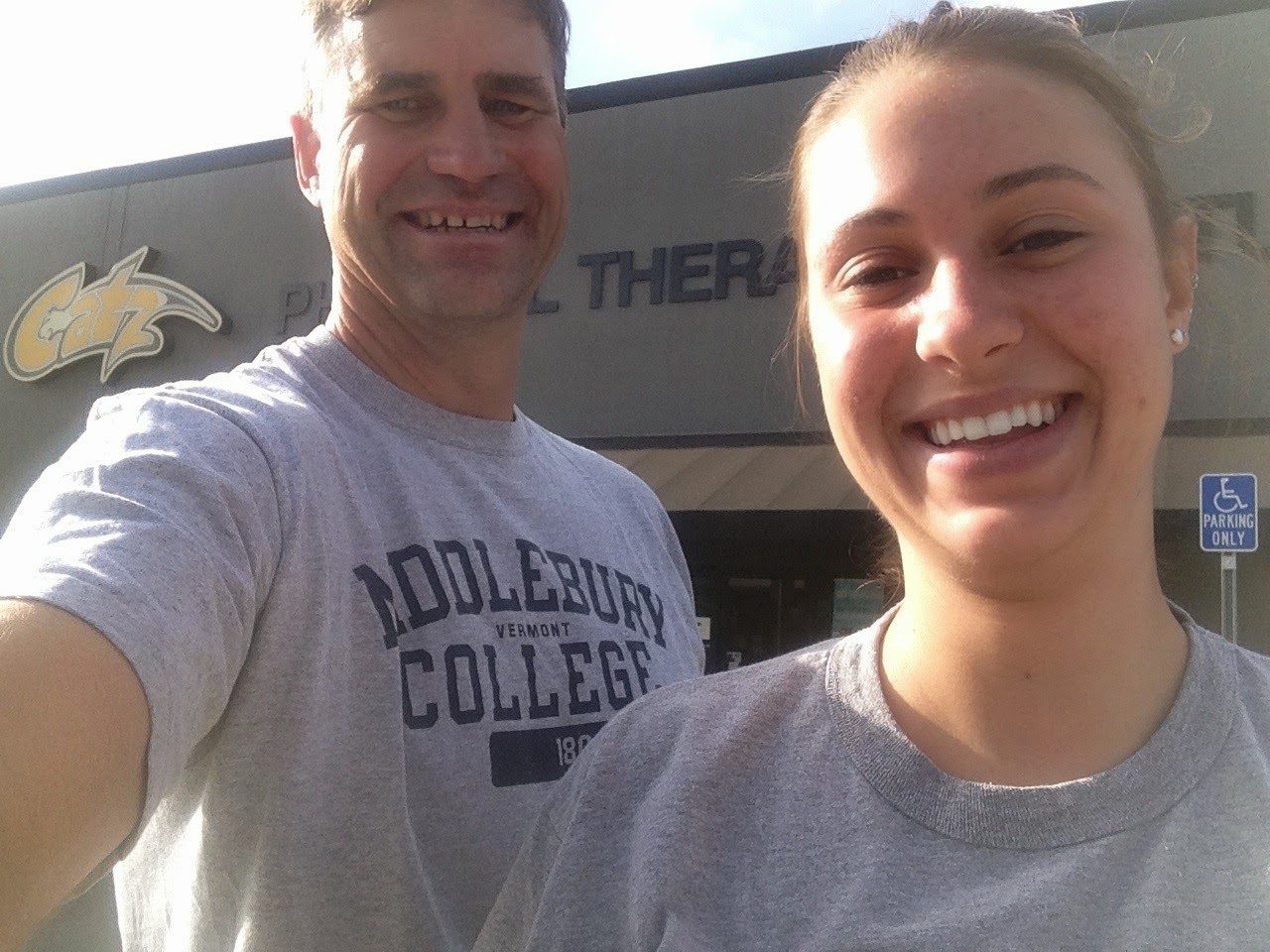 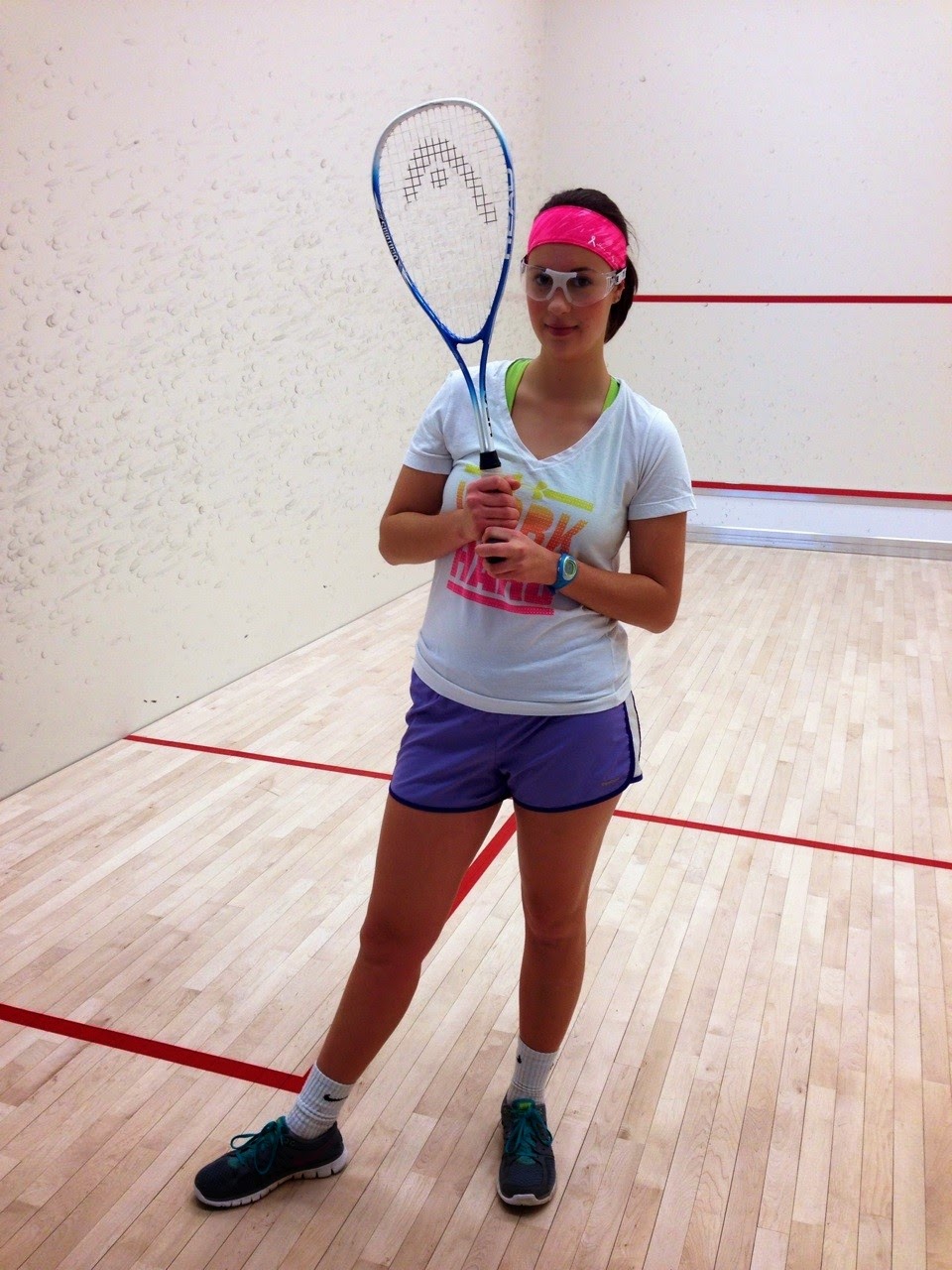 I also played squash with Katherine at some point last year, but never got this posted, so because I know how much she LOVES being on the Blog, I'm posting this for her!  In the style department, she's got game!

The news is out on the AVCA Team Academic Awards, and we were once again a recipient of this nice honor.  The AVCA honors teams from each division who carry a yearly GPA of a at least a 3.3 or higher.  We've been a consecutive recipient of this award every year in which we've applied for it, dating back to at least 2000, if not before, I believe?  Here's the official press release:

AVCA Breaks Another Record With 676 Teams Honored for Academic Excellence

LEXINGTON, Ky. (August 4, 2014) - The American Volleyball Coaches Association (AVCA) announced today that 676 teams have earned the AVCA Team Academic Award for the 2012-2013 season. This number once again breaks the previous year's total of 623 and sets a new all-time high for this award.

The award, which was initiated in the 1992-93 academic year, honors collegiate and high school volleyball teams that displayed excellence in the classroom during the school year by maintaining at least a 3.30 cumulative team grade-point average on a 4.0 scale or a 4.10 cumulative team GPA on a 5.0 scale.

"Too often athletic participation is associated with academic underachievement and this stereotype is simply false when it comes to volleyball," said AVCA Executive Director Kathy DeBoer. "Couple the smarts represented by these teams with the competitive experience and team-focused training gained on the court and we have a potent formula for future leadership! What a significant contribution that is by their coaches and schools."

The AVCA Team Academic Award has become one of the AVCA's fastest growing awards programs, seeing an impressive surge in teams honored over the past several years. Since the 2000-2001 season, the number of recipients have increased every single year but one, while amassing an overall 500% increase over the span of the last decade. Since the award's inception in 1993, the amount of award winners has increased from 62 to its current number of 676.
Posted by sjr at 10:07 PM No comments: