The AVCA has come out with their Team Academic Awards for the 2015-16 school year.   MIDD Volleyball has achieved this award for academic excellence every year since we started applying for it, which is quite impressive in my opinion.  With a Team GPA of a 3.6, I'm very proud of these young women!  Way to go, Team!!
Posted by sjr at 11:02 PM No comments:

Belated (and partial) Update from Our Juniors Abroad

I'm a little late with my updates from our juniors abroad, but I'm trying to catch up on sharing a bit about their adventures with everyone, so here goes: 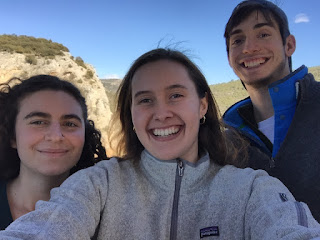 Mel was in Cordoba, Spain, and had a fabulous time.  She even emailed me a bit in Spanish, but I think that means she was loving her time there!  :)  She wrote that she'd visited the Mezquita a few times (although, I'm honestly not sure what/where that is), and said the city itself was a beautiful mix of ancient and more modern streets and architecture with a lot of orange trees making the air fragrant when walking down the streets. 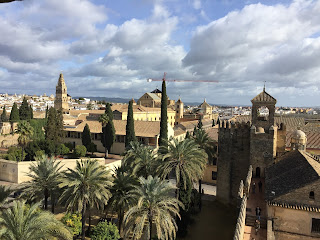 She also said that winter there is like early summer in VT, which is pretty nice, I'd think.  She also did some traveling to places like Malaga, and commented that she enjoyed watching shows like Law & Order dubbed over in Spanish. 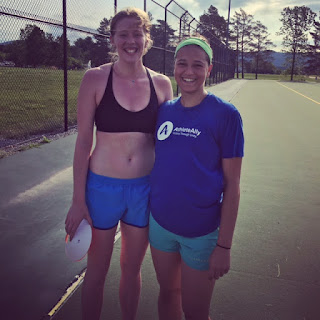 Hannah was in India and even played some volleyball with her school for a month or so until their season ended, which was fun!  She was studying Hindi and Urdu (which she said was close to being Hindi, just in the Arabic script), in addition to taking Indian history and an Indian authors writing in English class.  She commented on the pollution in Delhi and the trouble that she and other students had breathing when trying to exercise outside which was appalling to hear, but interesting in a weird sort of way.  (Thank goodness for the clean VT air!)  A highlight for Hannah was eating the delicious food there, and also getting to travel around.  I think she went to Himachal and Darjeeling, which she said were beautiful natural places at the foothills of the Himalayas--very cool.  She's now living and working back at MIDD for the summer and is working out with Alice, who's also working at MIDD for the summer.

In the next installment of "what I did while studying abroad", we'll highlight both Gabi and Charlotte, so stay tuned!  Happy Summer everyone!
Posted by sjr at 9:47 PM No comments: