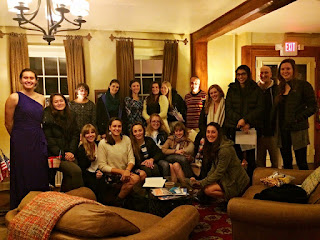 It feels like the season has been over for a long time already, so it was so fun to get the team back together for our banquet Friday night.  Due to the generosity of an alum, and parents of a former player, whose donations allowed us to pay for the banquet, we were able to have a really nice dinner to celebrate our season without asking any of the team to pay, which was great.  We gathered at the Waybury Inn for our dinner and celebrated with good food, some lively conversation and some nice awards.  Most of our awards were certificates that were issued from the NEWVA, AVCA, or the NESCAC, which have already been revealed in previous blog entries after the season, in addition to our Varsity M letter and corresponding certificate.  [PE credit is a graduation requirement, so everyone dose receive 1 credit for playing a varsity sport at MIDD, and thus we have certificates for that.]  However, we did have three awards that were voted on by the team to reveal and hand out also.

Here are the Team Awards that we voted on, and the recipients: 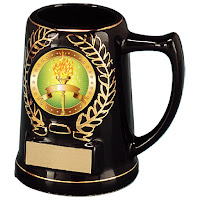 Panther Pride:  This is a new award meant to honor the person on the team who was the best Teammate.  This person should be someone who made those around her better by holding themselves and their teammates accountable to a high standard of excellence both on and off the court. She should be someone who was supportive and understanding, but keeping our mantra of “It’s all about the Team” in mind with her interactions with all teammates.  BECCA RAFFEL 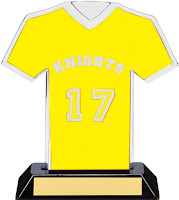 MCVB Spirit Award:  This award is to recognize the person who you feel consistently demonstrated the positive spirit of Middlebury Volleyball.  This person should be someone who was consistently being positive and really encouraging others on a consistent basis, whether things were going well or not, both in practice and at games.  GABI ROSENFELD

Congratulations to all of the award winners!  Of the rest of the awards that were given out at the end of the season, one that bears repeating here is the Academic All-NESCAC awards.  Every upperclassmen on the team achieved this award, which is quite impressive!!  That says a lot about this group of young women, and their dedication to their academics in addition to their dedication to MCVB!  Way to go, ladies!!

We also recognized Judd for his tremendous contributions to our Team all season.  His proactive approach to helping us strengthen areas that he feels he treats often in several people, in addition to helping take care of the injuries is a huge help to us, and we thank him sincerely for those efforts!  Not to mention his sense of humor...We also wanted to recognize Pat Manley for being our Faculty Affiliate.  Unfortunately, she couldn't make our celebration, but she was with us in spirit!

I also thank our Assistant Coaches for all of the tremendous amount of work they all do.  Brian is a rock--he's so dedicated to this team, and I think everyone understands that, but he is up early to get to work for a full day so he can leave early to be down here for practice.  Then he stays late so individuals can work on whatever they want to after practice in addition to talking with me about everything involved in the Program.  Having both Meg and Lizzy this year was a total bonus.  They both added so much to both practices and games that I felt a little spoiled this year by having a "staff!"  Their insights and contributions to helping with everything from individual skill technique to fitness, to team tactics is so helpful.  I'm so grateful for having them all be involved with our Program to make MCVB be all that it is!!
Our captains were also voted on by the team, and so now as our "off-season" starts, we have a new set of captains to take the reigns and organize the team for next year.  Hannah was again selected captain, along with Gabi and Becca.  Since all four juniors will be going abroad this Spring, that puts Becca and the rest of the sophomores in charge of our off-season workouts, community service,  and team bonding activities.

We wish our juniors safe travels to their respective places abroad, and I'm sure we'll be hearing from them.  Happy Holidays to all!!