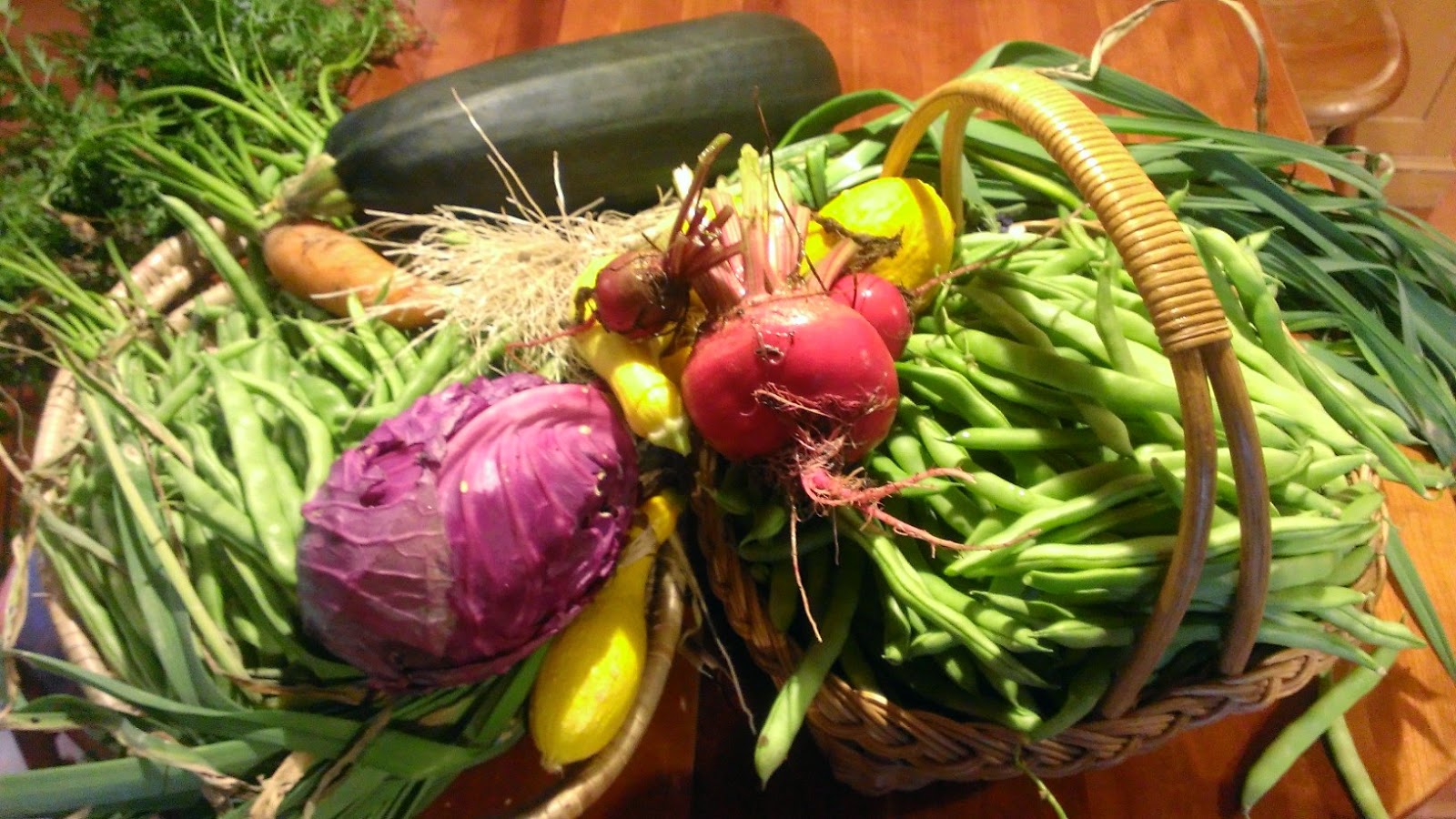 What a great Fall Harvest it's been from my garden!   I didn't get a good crop of tomatoes, but it's been producing a lot of other great veggies, which has been really fun.  We escaped the early frost that hit parts of the county last week, but it made me nervous, so we picked a lot this past weekend, and here's a picture of our bounty.  We still have a lot more green beans, a couple of pie pumpkins, a couple more small heads of cabbage, lots of Kale, Basil, Carrots, Leeks, and Beets, and quite a few more Brussel Sprouts.  The squash is basically done, but we do still have some asparagus, and some rhubarb, although both are usually best in early Spring. 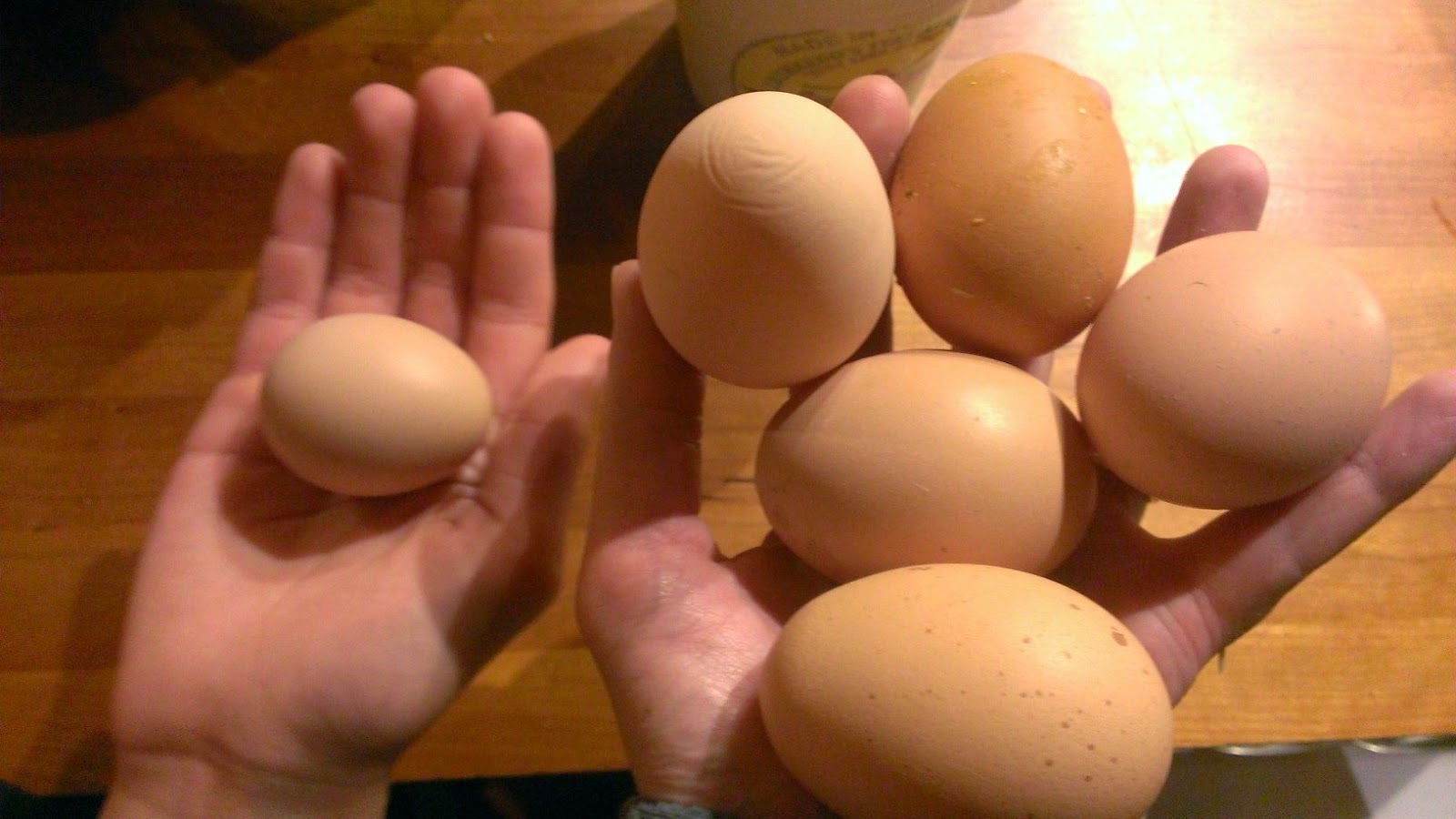 The other fun thing that we discovered the other day was this tiny egg!  We had four new baby chicks in the Spring, but only two of them survived the summer. Spring chicks usually start laying anytime late Sept. or early October, and this little baby egg has to be from one of them.  So cute!