MIDD Goes 2-1 for the Weekend 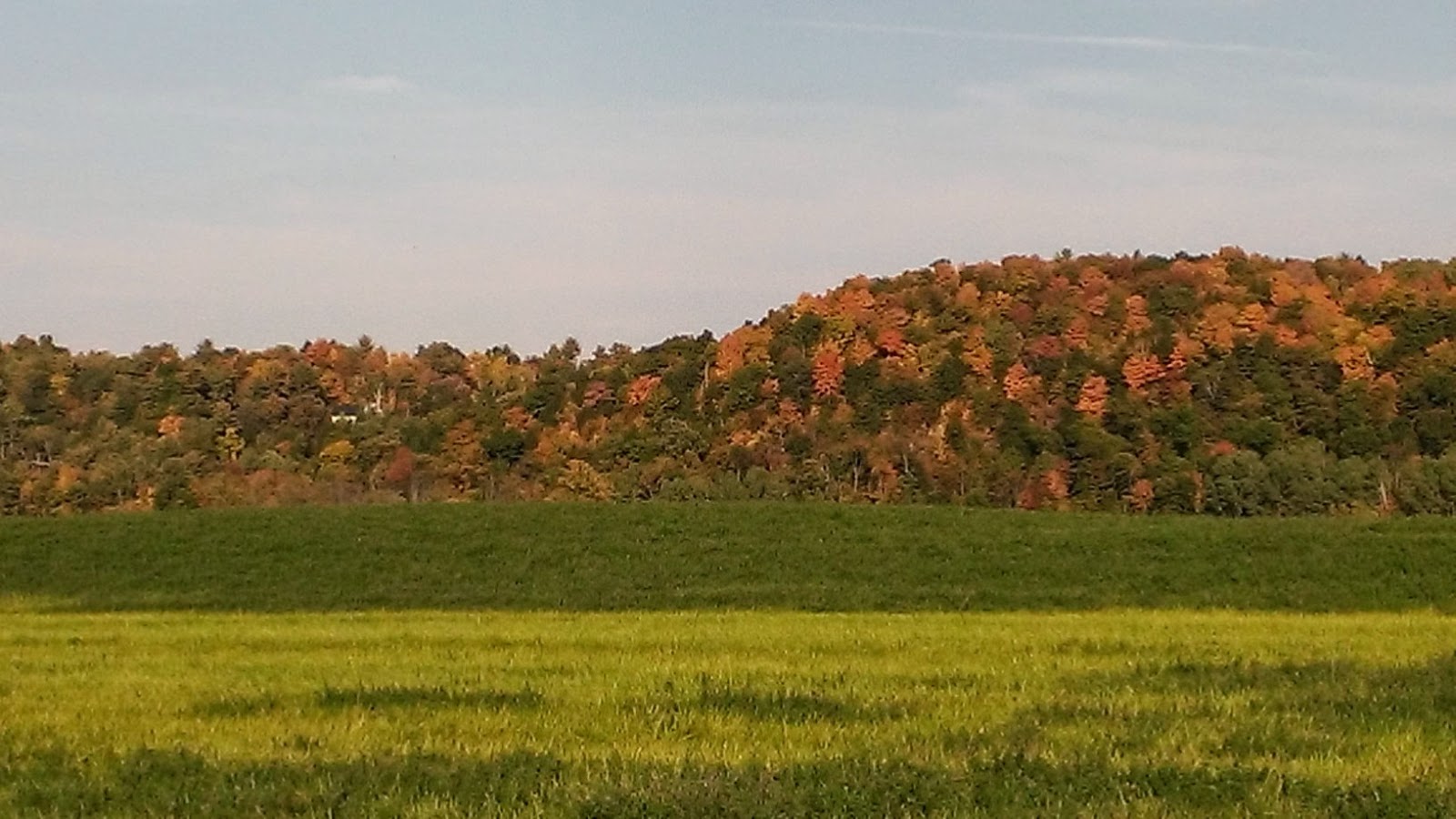 Friday night we suffered our first NESCAC loss to Hamilton.  While it was a very frustrating loss, we recognize that we are close to being the team we want to be.  The first two sets were both decided by 2 points, and unfortunately, we just couldn't come up with the plays when we needed them.  We then crushed them in set 3 before jumping out to a reasonable lead in the fourth, and were hoping to force a 5th set.  That wasn't to be, due to an 11 point run by Hamilton to seal our fate.  I give them the credit, as they out-played us, but we'd love to have that match over again, similar to our Union match.  That's not the way sports works, but as long as we learn from these losses, and keep moving forward, I'm confident we'll be a better team in the end because of it!

Saturday, we left early for Skidmore, just to try to avoid any early Leaf Peeper traffic on a gorgeous Saturday morning.  It's hard to believe how much some of the trees are changing already.  That's always the indicator of where we are in the season...  Hamilton had been late the night before, and we thought there might be construction traffic also, but we sailed right through, and thus arrived even earlier.  The extra time allowed us to sit outside and have a team meeting in the sunshine, and have some snacks etc. before warming up.

We played St. John Fisher first, and handled them fairly easily.  We're still not hitting a high enough percentage for us to be as good as we can be, but the Kolodka sisters, and Piper paced our offense with 9,9, and 7 kills respectively.  Those three hit well over .200 which is our team goal, but with everyone all together, our hitting % was only .173, so we'll keep working on that.  Becca made her first real appearance after playing the final few points in the last set against Hamilton, so that was good to see!

After pulling out to a small lead in the first set of 13-9, and then 16-11, they fought back into the set and closed it to 21-20.  While this was not what we wanted, the good news was that once up 23-21, we finished the set by scoring the last two points for the win.  The second set was also tied mid way through at 16-16, but again we scored the last three points of the match to win 25-19, and then hit stride and finished the match with a 25-15 score in the third set.

Skidmore was our second match of the day, and we had another convincing win, although the second set was a nail biter!  The good news was that after being close the whole way, and having 11 tie scores, we pulled out the final two points, and the last one a convincing ace by Hannah to seal the deal.  The third set we pulled out to an early lead and never looked back.  After the disappointing loss on Friday, the team bounced back and played well to win both in straight sets on Saturday.  Hannah and Emily were named to the All-Tournament Team for their efforts, so congrats to both of them!  Well done!

We have all week to prepare for Amherst and Williams, so that should be good.  Those will be big Conference games, as always!
Posted by sjr at 10:08 PM