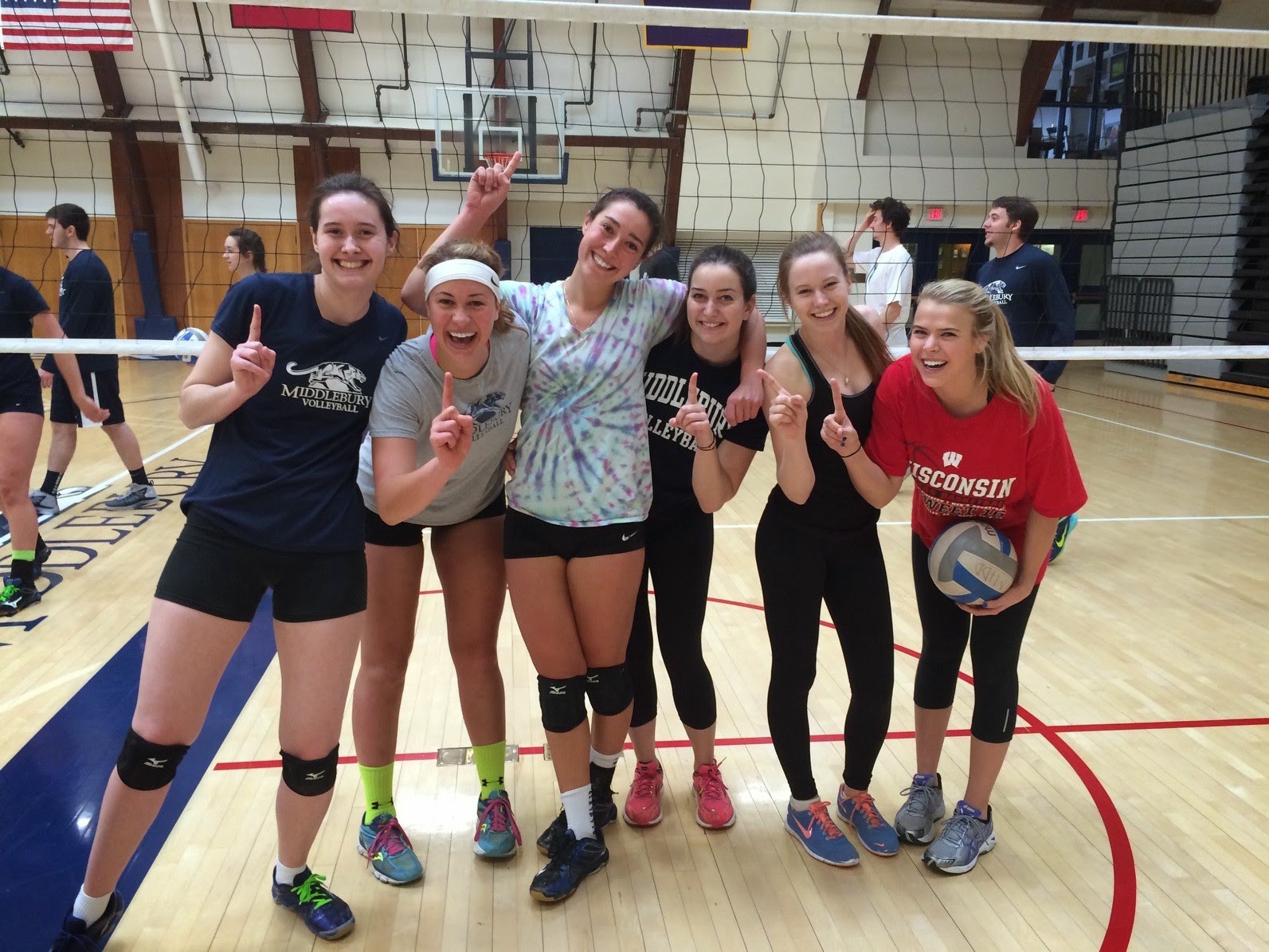 We ran a 4v4 tournament this past weekend in the gym for the second straight year, and it was a success by all accounts. 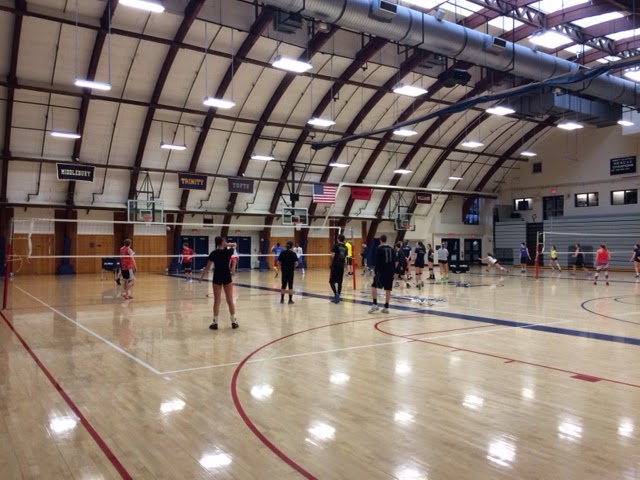 There were over twelve teams signed up, but there were a few no-shows at GO time, so there were a total of 9 teams vying for the coveted championship.  The prize, you might ask?  Bragging rights, I believe!  Not everyone took a picture of their team, but I did get one from the winners, so congrats to them!!

There was a limit to the number of "current" team members allowed on any one team, so everyone got a team together from among their friends, hallmates, classmates, etc., but as you can see from the winning picture, I believe you'll recognize a lot of these faces from MCVB, which is why "current" was in parentheses.  L to R:  Mel, Kathryn, Lizzy, Lo, Gigi (Lo's sister, and hopeful future MCVB'er), and Christine (midd hoopster, and Callie vballer.  Nice tee shirt, Christine!  I was rooting for the Badgers.)

Nice job to everyone, and I'm sorry I had to miss it.  I was off recruiting at the NEQ, where I've seen several of these players play before.  As a matter of fact, I saw Lizzy several years ago now, and last year I was on the same flight down to Philly as Lauren, who was traveling down to see Gigi play. 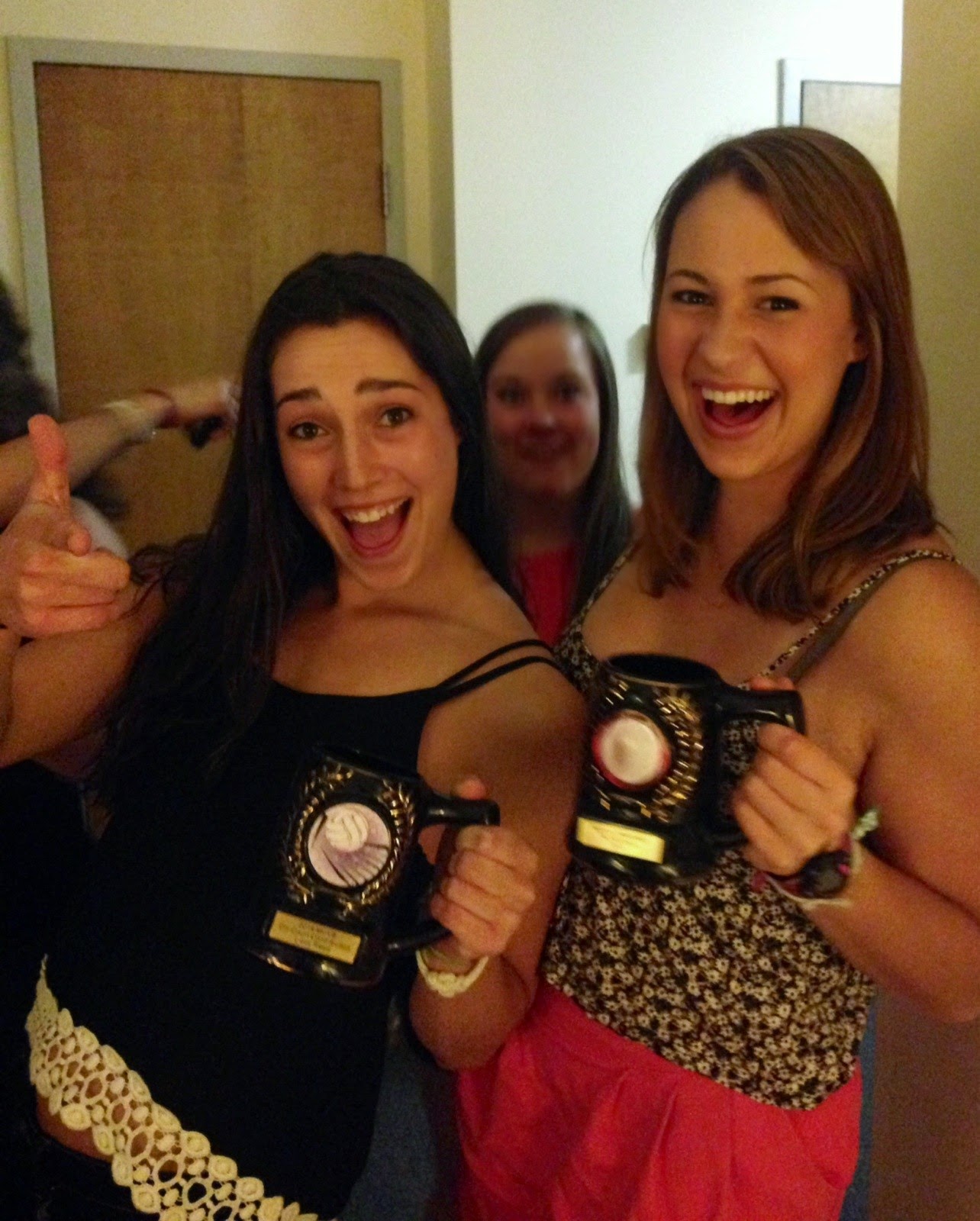 Happy Easter, and Happy Spring to all!  As I write this, however, it's snowing, and has already accumulated to almost an inch, and it's April 8th! It IS Spring, isn't it?!  :)

The picture to the left is Kathryn and Lizzy sporting their MCVB award Mugs.  I think they were cheering their victory?!  Whoever picked those out for you sure knew what they were doing.  Those are styling mugs!!
Posted by sjr at 10:24 PM

Congratulation! I read what you have written. By read this I can say that you really work hard to win the volley ball match.