Saying Goodbye to our Seniors 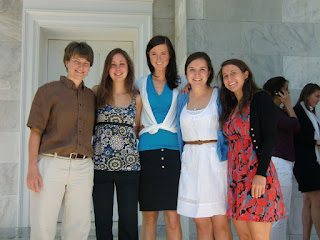 It's hard to believe that our four seniors are leaving already. It sure has gone by fast! Because of our FEB Program, Reisa went to the Senior Athletic Department Awards last year, and Whitney went this year. Reisa graduated on skis this February, and is already back in CA awaiting the start of her new job any day now. Whit will also graduate on skis next February, but both are part of this group of "seniors." Molly had the honor of being selected as one of the two student speakers at the Departmental Awards Ceremony held in Mead Chapel, and she did a fantastic job! Congratulations Molly!!

A couple of days later, graduation was held in the quad below and it was beautiful, as usual. The rain held off, and it was a gorgeous day. A little hot for the graduates, maybe, but there was a nice little breeze for those of us up on the hill a bit. Brian and I managed to catch up with each senior briefly after the celebration during the lunch. 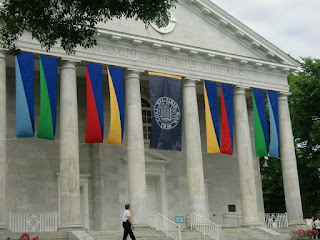 Our seniors had several distinctions that went with their respective degrees, and I'd like to announce them so we all are aware of their academic prowess, in addition to their athletic prowess! So, here were are: 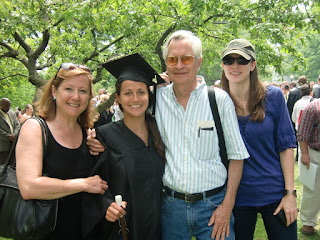 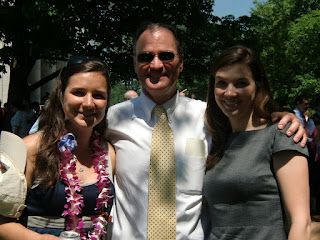 We'll miss them all tremendously, but hope to keep in touch with them as now ALUMS of Middlebury College! Congratulations to all of you! Good luck out there in the "real world," but know that we'll always welcome you back home here at MIDD!!
Posted by sjr at 1:32 PM